The Coaching stock of the West Somerset Railway
The Railway

The coaching stock in use on the West Somerset Railway is made up of British Railways Mark 1 vehicles dating from the 1950’s and 60’s. The majority are of a type known as Tourist Second Open vehicles with sixty four seats arranged in sixteen units of four aligned with the windows to give the best view of the Somerset countryside and the activity on the railway. There is a limited number of vehicles with compartments and side corridors as seen in films such as "The 4.50 from Paddington”, "The Lady Vanishes” and more recently the "Hogwarts Express” sequences in "Harry Potter”.

Three of the coaches have been adapted for use by wheelchair passengers. Two of the TSO’s have an area cleared for passengers in ‘chairs to travel with good views of the world around them. "Lorna Doone” is a vehicle especially adapted for the use of larger, pre-booked, groups of wheelchair users.

Steam trains also include a licensed buffet car serving hot and cold snacks, sweets, crisps, hot and cold drinks and beer and cider from local producers. The buffets usually close at Williton on the last journey of the day but are otherwise open from the time that the first trains of the day depart.

In the Gauge Museum at Bishops Lydeard station it is usually possible to view the Great Western Sleeping Car restored by the West Somerset Steam Railway Trust. Dating from 1897 it spent many years as part of a bungalow at Stogursey before being painstakingly restored to former glories. The Steam Trust has a "Heritage Carriages Project” ongoing with a target of eventually having a fleet of vintage GWR carriages available for use on special occasions. This is very much a long term project dependent as always with finance and skilled manpower.

The Somerset and Dorset Railway Trust has been restoring Somerset and Dorset Coach number 4 at their Washford base and it can be viewed during Gala events. It was built in 1890 at Highbridge Works and spent over fifty years as a sports pavilion at Templecombe. 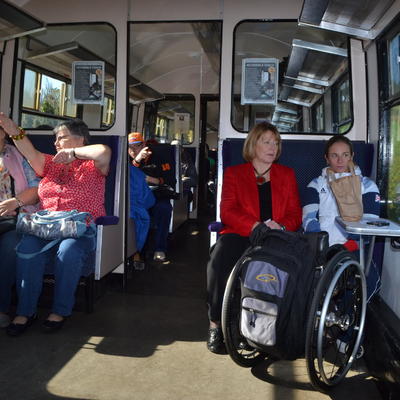