The West Somerset Railway marked a positive milestone yesterday (23 June) on the road to recovery from CV19 with the first HOBC (High Output Ballast Cleaner) train seen running over WSR metals again after a gap of some six months.

The Network Rail Ballast Cleaning Systems train arrived at Norton Fitzwarren after being tripped from Fairwater Yard by Freightliner Class 66 No. 66414.

This is the first day of operation since before the March lockdown, and which will now see more wagons full of spent ballast being discharged at John Luffman’s mineral handling site at Norton Fitzwarren where the materials are cleaned, recycled and re-graded mainly for further use in the construction industry, but also for other uses too.

The spent ballast was loaded in nine, 80 tonne 'MFS' wagons, and the same consist worked again today (24 June) too. The above three photos, courtesy of Paul Fleet (present with full permission as part of his WSR operating duties as Conductor Driver), show some of the movements today and captioned below:

The last train movement on the WSR, other than a recent shunt in Bishops Lydeard Up Sidings, was in mid-March when the 09 and two BR Mk1 coaches and a Toad were used for a Footplate Training Day!

The current HOBC plan is for a five days per week operation from now until mid-Feb 2021, and resuming later next year in line with NR's track maintenance programme. 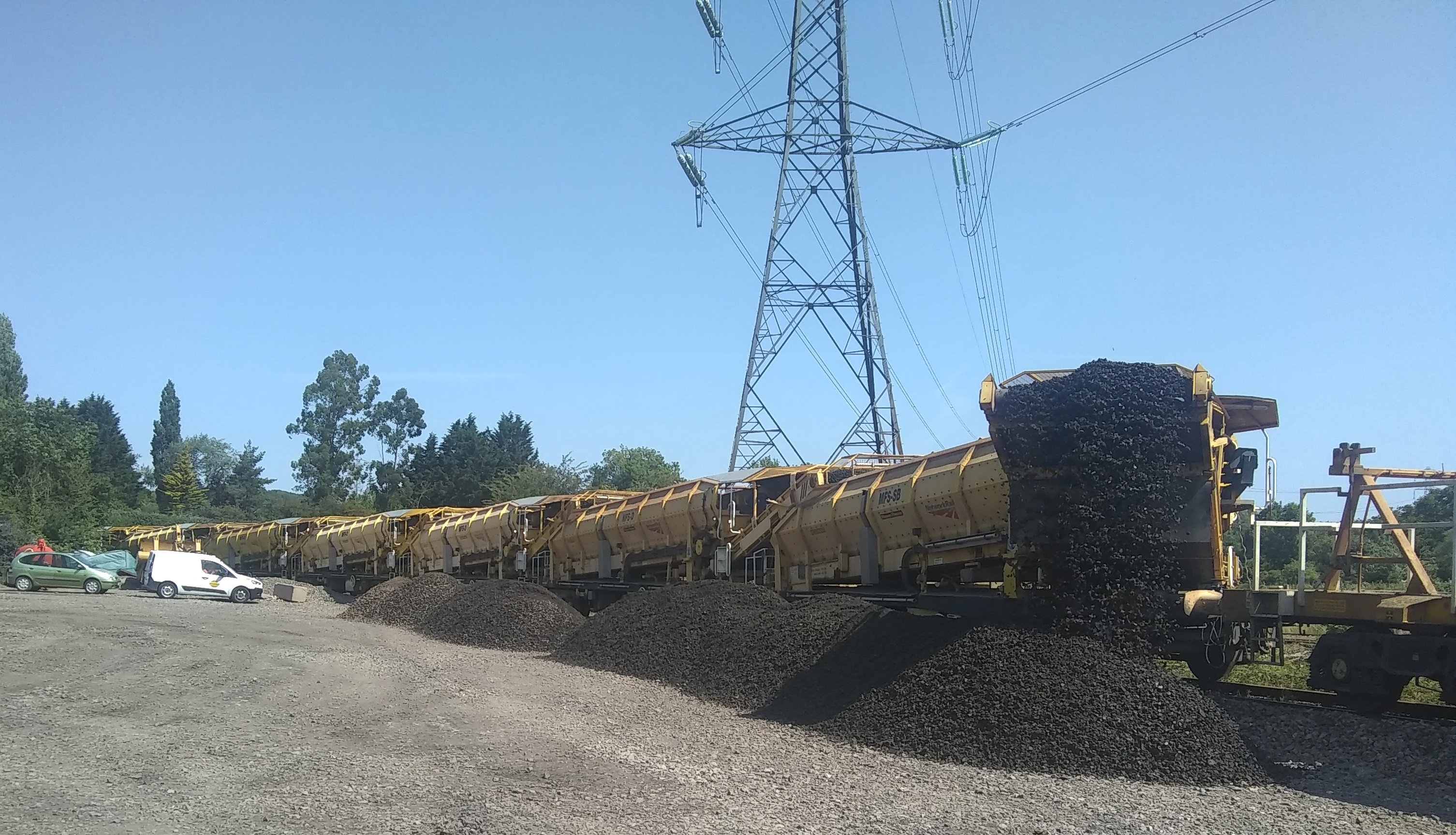