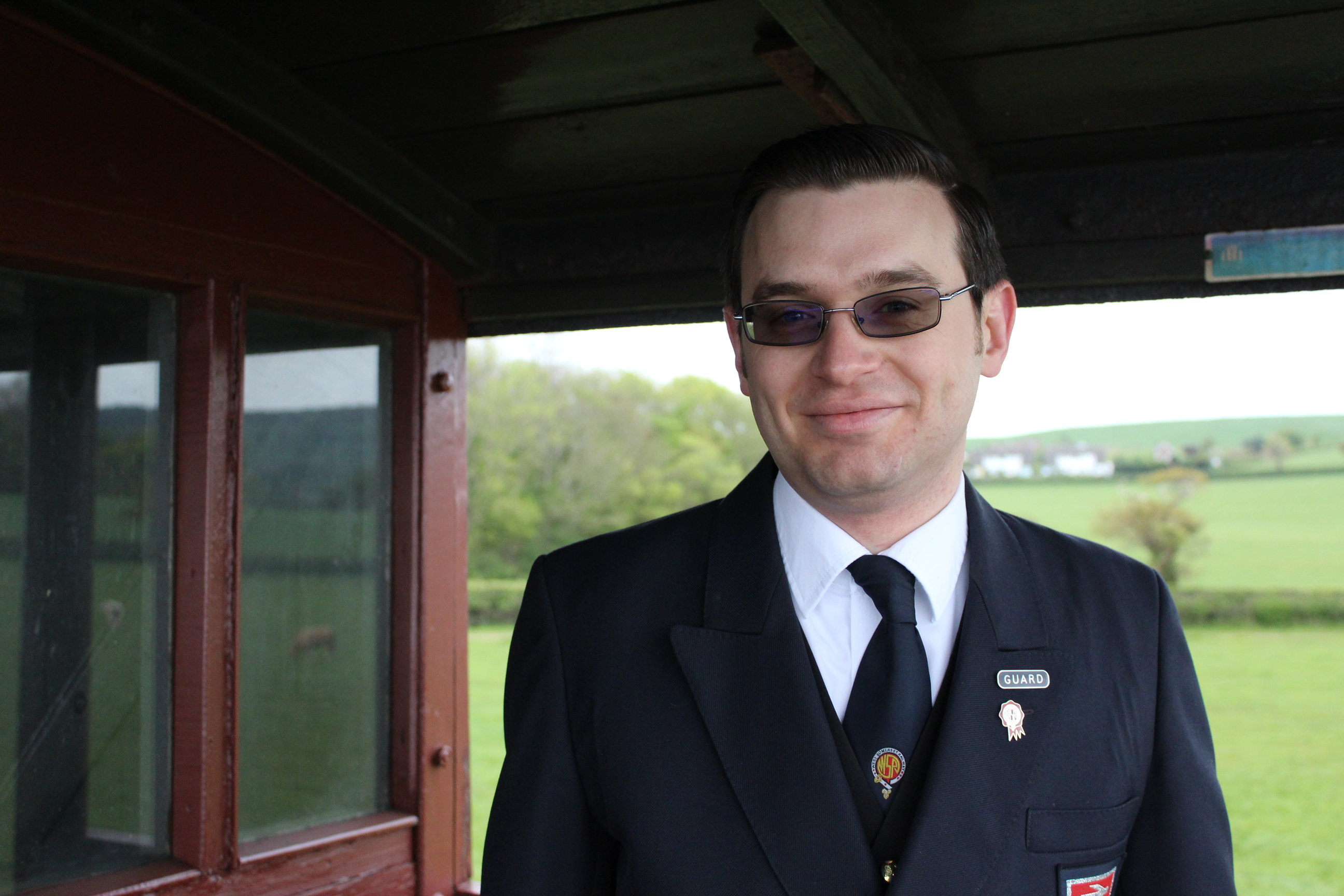 The Board of the West Somerset Railway plc conducted an extensive search recently for a new General Manager to take over the reins for the 22-mile railway following the departure of previous GM Paul Conibeare last year. With some 22 quality applications submitted, detailed interviews and aptitude tests were then held in January by the WSR plc Board – along with representatives of the West Somerset Steam Railway Trust and the West Somerset Railway Association -- for the five short-listed candidates before the final appointment was made and confirmed.

The new General Manager is local Taunton railway-man and active WSR volunteer Justin Kerr-Peterson (36) who has worked for Great Western Railway as Senior Possession Strategy Manager at Swindon coordinating important track repair works since 2017, and previously as a senior manager for Network Rail from 2013.

But Mr. Kerr-Peterson has also had a 22-year parallel heritage railway career too since 1998 when he first joined the West Somerset Railway’s youth organisation as a keen teenage ‘Tracker’. He then rose through the WSR ranks to become a Travelling Ticket Inspector when still at school; then becoming a Guard whilst studying Archaeology at Bournemouth University; then joining the WSR’s commercial dept full-time and also acting as Assistant to the General Manager before becoming Deputy Operating Superintendent, and then a move to the big railway seven years ago.

West Somerset Railway plc Chairman Jonathan Jones-Pratt commented: “We are very pleased to announce some excellent news about our new GM appointment and we welcome Justin back to the WSR team as one of our own home-grown talent. The Board and I are sure he will show the strength, expertise, knowledge, values and commitment to the WSR that are required to take us forward for the next part of our railway journey together.

“Justin proved himself more than capably through our tough interview process and, whilst challenged by some other excellent applicants, the Board of directors and key stakeholders all felt strongly that we had the right candidate in front of us.   Clearly Justin has the relevant railway experience and competence to operate as a professional General Manager, and these attributes supported our decision. Personally, I am looking forward to working with him closely, and I know our staff are also very pleased that we have appointed ‘one of our own’ too. This is another key mile stone for the WSR as we rebuild our wonderful railway, and I’m sure that our ‘Wizzer’ will now be now safe hands as we hand over the day to day custody to him.”

Incoming new WSR General Manager Justin Kerr-Peterson comments: “I am absolutely thrilled and proud to be re-joining the West Somerset Railway ‘family’ on a full-time basis as the line’s new General Manager and look forward to working hard with Jonathan, the plc Board, our stakeholders, staff and supporters. The WSR holds a very special place in my heart having first starting volunteering back in 1998 as one of the first members of the Trackers Youth Group.

“I started off my railway career on the trains as a  WSR Ticket Inspector, before becoming a Guard, and following University, I took up a full-time role within the Commercial Team progressing on to General Manager’s Assistant and finally Deputy Operating Superintendent before leaving to join the national network. I have remained as a volunteer throughout that time.

“Working for both Network Rail and Great Western Railway has also given me a much wider appreciation of railways as a whole and the importance of having clear goals and how to achieve them.  I’m looking forward to continuing the work of not only strengthening and re-building the railway’s family using my knowledge and skills, but also re-establishing the West Somerset Railway’s position in the premier league of UK heritage railways.”