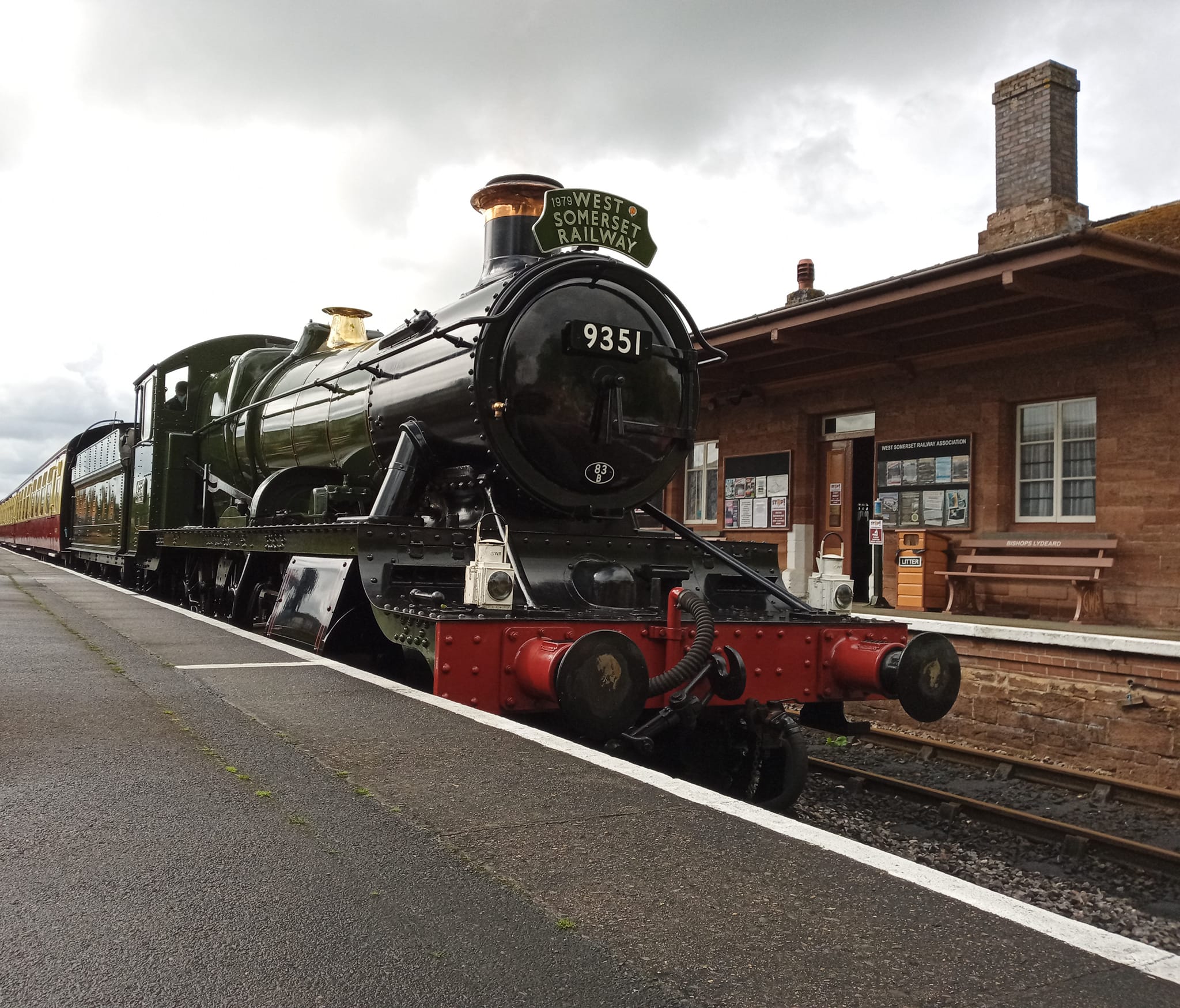 After the West Somerset Railway (WSR) had two formal appeals turned down following the recent rejection of its second round bid to the Government’s Department of Culture, Media and Sport’s (DCMS) Second Round for ‘Culture Recovery Fund for Heritage’ (CRFH) financial support, the WSR has launched an emergency ‘SOS’ funding appeal for £1 million to see it through to next May.

The WSR was confidently hoping to receive a further DCMS grant of up to £432,200 from its CRFH scheme, which was the permitted maximum under bidding guidelines for the Round 2 bid.

This would have provided further funds to help the 22-mile, former GWR branch line re-open on 22 May and recover from the enforced closure of the railway since March 2020 during the ongoing COVID-19 pandemic.

Their first CRFH bid was very successful when the railway was granted £864,900 last October, and the final instalment of that grant of £86,490 was paid just before Easter this year.

As a result, the WSR has announced the launch of a new £1 million ‘SOS’ funding survival appeal of its own in order to see it through to 2022 and beyond. please click here to see donations page on our website for more details.

This money is now needed because the 2021 season’s projected, but truncated revenue income will be insufficient to meet all of the calls on the WSR budget.

Whilst the DCMS helpfully says it is already looking at ways in which it can offer further support to the heritage sector in the future, including a further £300 million which was allocated to support the cultural sector at the recent Budget, the WSR is now left facing yet another financial mountain to climb without the anticipated CRFH Round 2 grant to support its running costs and re-opening plans.

A WSR spokesman said: “The rejection of the WSR’s second application bid to the CRFH was very significant for the railway as the money would have enabled the WSR Plc, along with the support of WSR ‘family’ support organisations, to prepare for and fund the reopening of the railway and the operations for 2022 and beyond.”

The WSR plc has now contacted all of the external stakeholders who previously provided letters and statements in support of the CRFH bid, including local MPs, Iain Liddell-Grainger and Rebecca Pow; both main local authorities and councils; plus partners in the local tourism and leisure sector, to inform them of the DCMS rejection decision and two now failed appeals.

Following this major setback, plus an expected 2021 trading revenue shortfall for the truncated operating season due to fewer trains running and a reduced capacity resulting from CV-19 restrictions, plus delays on the new Seaward Way level crossing, the WSR plc Board made THREE urgent decisions, as a direct result, in order to try and avoid further future financial problems occurring, viz:

In addition to this three-pronged approach to raise vital funds, the Plc Board decided recently too that it had no choice but to defer and pause any further developmental work and incurring costs on changing its structure and creating a new over-arching charity for the time being as suggested in last year’s Bailey Report.

Commenting on the DCMS announcement and the two appeal rejections, WSR Plc Chairman Jonathan Jones-Pratt said: “Naturally, we are bitterly disappointed not to have gained this  valuable and much needed second round grant support from the Department of Culture Media and Sport, despite lodging two very strong appeals against their earlier rejection decision.

“This additional CRFH money would have provided a vital, further financial lifeline needed for the railway’s survival, and we are confident that all of the projects we put forward for support were needed to help get the much-loved West Somerset Railway back up and running normally again.

“So, given this bad news, we simply had to launch another ‘SOS’ emergency survival fund appeal for up to £1 million.

“We are still receiving donations money every week because people believe so strongly in our railway. Long may that continue to be the case, and let’s try to raise the £1 million as soon as possible, maybe more!  “It’s worth noting that we have now raised or received a total in financial help of an amazing £1.4 million from all sources to date since last March, so this appeal target is achievable!

“All of this money is going to be needed for our very survival now, but the appeal is still bringing in more cash every single week after running for a year! That’s a great achievement for our supporters, so we are going to continue with it, and the appeals for future funds will just have to carry on.

“Despite this set-back, the WSR’s next longer-term and ambitious fund-raising target is to try and generate another £1 million each year thereafter in donations and grants for ongoing infrastructure investment.

“We now know that we are going to face a trading revenue shortfall this year anyway due to it being an enforced shorter operating season for us with severe restrictions on the number of trains, plus Covid 19 capacity issues and delays on the new Seaward Way level crossing, so we expect that the trading loss could be as high too, maybe £1 million.

“So, we are appealing to our loyal supporters and shareholders to help us go the extra mile in ensuring our future survival, and from our supporter organisations too.

“We had no choice sadly but to defer and pause the proposed new structure for the WSR and proposed creation of an over-arching charity, because of so many doubts about it, plus doing so would have cost us such a lot of money to implement, and that’s cash we simply don’t have available right now in the business.

“We have to pay the bills from our suppliers, pay the wage bills for our dedicated staff, and try to generate as much revenue as we can in an impossibly short season with fewer trains and restricted passenger carrying capacity due to Covid restrictions. But we will get there in the end!

“The WSR family is so very, very grateful to everyone who has helped us raise money in whatever way they could in the last year, and hopefully they will help us again now.

”Some good news is that we have had a good start since the 22 May limited re-opening, so I’m optimistic we can achieve all of this by pulling together hard, and going the final mile towards our recovery, and running over the full length of the railway again soon.”